Solomons' Yard is Back! 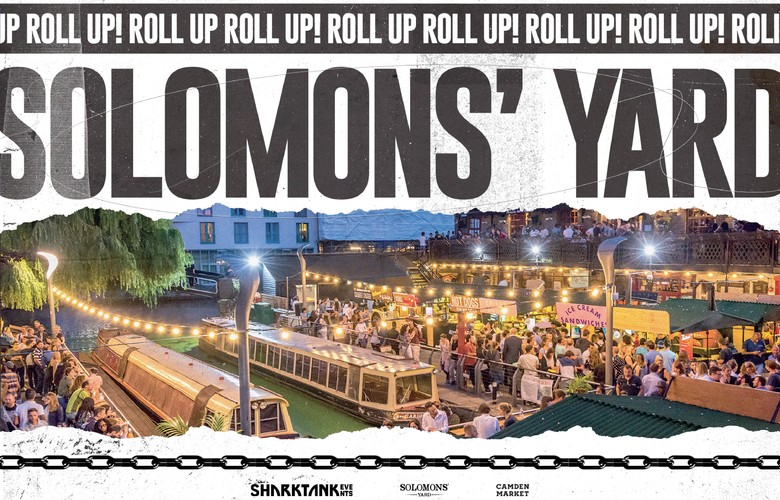 An unmissable opportunity to see Camden Market at night, the Solomons’ Yard Weekenders will transport Londoners to pre-market days, when what is now known as the Middle Yard played host to Alfie Solomon’s (Tom Hardy in Peaky Blinders) underground whisky smuggling and gambling operation.

Chow down on some serious street food talent and unwind after a busy week’s work to soundtracks perfectly spun for a balmy London night.

Note: This will be updated regularly with new acts and street food traders, so be sure to come back for the latest additions! 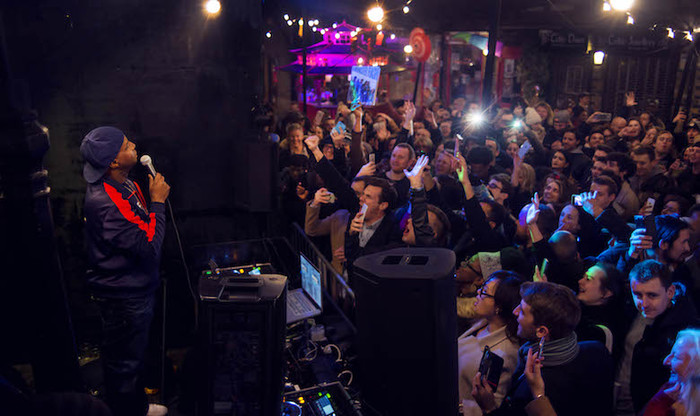 Indulge in your not-so-secret love of pop music with Guilty Pleasures. From Beyoncé to Britney Spears, DJs to dancers, Guilty Pleasures promises a night of unforgettable fun.

Born by renowned DJs and music producers Laroye and Yam Who?, Qwestlife create disco and boogie tunes through analogue and electronic experiments. Their latest release, Hit It Off, captured many disco lovers hearts with Teni Tinks bringing their classic diva flair to the track.

Defected Records and Glitterbox founder, Simon Dunmore is bringing his remix mastery to the cobbles for ultimate weekendvibes. He’ll be bringing the heat with the best house and disco tracks around and keep you dance well into the night.

Childhood prodigy and creative juggernaut, Junior Sanchez is hitting the Middle Yard this July. A world-renowned DJ and producer, he started his journey age 11, by 15 he was performing at the best underground clubs across NYC and has previously worked with Madonna, Daft Punk and Gorillaz, to name a few.

Bringing some disco flavour to Solomons’ Yard Weekenders for another music takeover is Tropical Disco. Founded by DJs Moodena and Sartorial who share a love for music and vinyl culture, Tropical Disco is the place for feel-good beats.

During the Solomons’ Yard Weekenders, our resident spiritual and tarot shop, Butterfly Tarot will remain open into the night and provide tarot card readings and more. Find out your future in the paths of love, career, health and open your eyes to the spiritual realm.

Street food from around the globe 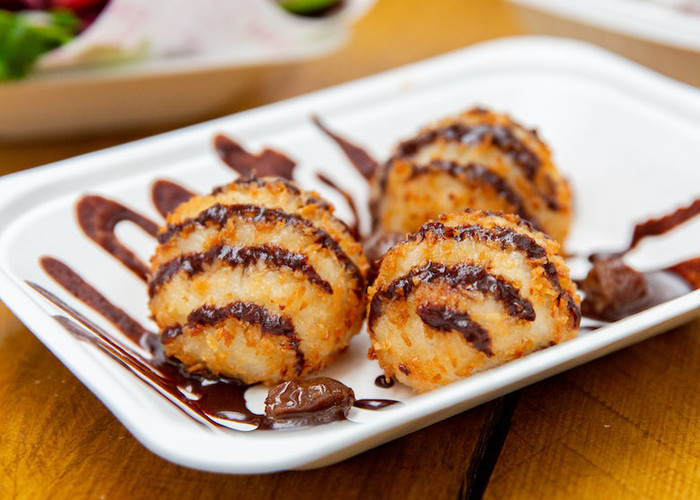 A bready delight called arepa is Arepazo’s speciality: crispy on the outside and soft inside. The fried plantain (banana chips) is a menu staple and a must!

Once you take a bite out of them you’ll need to stop and enjoy the flavour party in your mouth. Don’t forget to dip!

Bill or Beak | Chicken or duck?

Spicy Szechuan fried chicken that’ll have you licking your fingers and their Cheesy Caesar special chicken burgers are said to be cheesier than a romantic comedy.

They only use rare breed cattle and the beef is dry aged from 45 days up to 120, and beyond! Quality produce is key. Naturally, the beef is the star at Burger & Beyond.

Camden Pizza Co. | Handmade pizza made in the heart of Camden

Hand stretched and cooked in their very own spinning pizza oven, dither between delicious toppings including aubergine, pepperoni, mushroom and the classic Margherita.

They’re light, they’re fluffy and they’re perfect with Nutella and strawberries (though what isn’t, really). These tiny, battery bundles of joy are a traditional Dutch treat.

Cooking up all the best things in life and then adding an extra layer of cheese on top, Ghetto Grillz offers a selection of gooey grilled sandwiches, juicy burgers, breakfast bagels and wraps.

Here to make your calamari and seafood dreams come true. With a laser focus rustles up salt and Szechuan crispy calamari mixed with pickled chillies, coriander and spring onions, topped with a soy and sesame dressing.

For the uninitiated, a Kati roll is a flaky paratha flatbread cooked in ghee stuffed with meat or cheese and a zinging combination of fresh coriander, tomato, green chilli, pink pickled onions and a squeeze of lime.

Churros, the Spanish cousin of doughnuts are great for lots of reasons, however here are our favourite: A) they are covered in cinnamon sugar and B) they are narrow enough to dunk.

Pretty much what it says on the tin: providing flattened, breaded, fried chicken to the masses. As street food goes, you’ll be on to a winner, winner with this chicken dinner.

The Colombian Marching Box ‘guaranteed to keep you marching all day!’ is something of a signature dish. They have also created a Solomons’ Yard Special made exclusively for the weekend events. The Coco-Choco Vegan Rice Balls features vanilla and cinnamon infused almond milk rice pudding, rolled in coconut and fried to a golden shell with vegan caramel based chocolate sauce. YUMMY!

A fusion of Middle Eastern and Mediterranean flavours. The Nazarí chefs have laboured long and hard to craft a mouth-watering falafel, and it’s pretty near perfect.

Meat-free Levantine cuisine is Oli’s focus – the founders were converted to the culinary delights of the Middle East during a six month long trip to the region and their crowd-drawing street food van is the legacy of that experience.

Other Side Fried | Chicken winner strips

Full disclosure: the chicken pieces are double fried for ultimate crispiness. What else do you need to know? Three important words: smoked honey butter.

Traditional and freshly made Venezuelan cornbread stuffed with their family recipes. Sure to knock your socks and tastebuds off!

The tempting aroma of Roti House’s chicken masala, made to their detail-orientated house recipe, is a thing of excellence. What’s more, eating a flavour-punch curry from the soft pocket of a freshly baked naan is an experience you’ll want to repeat.

The dedicated family behind Sonita’s are committed to capturing the real taste of North India via a variety of meticulously prepared and consistently healthy vegetarian, chicken, lamb and seafood dishes.

This steak and chips experience is all about straightforward good food. P.S. you can add an egg to your steak if you’re after a full-throttle protein hit.

Fiery flavours and an authentic Tex-Mex offering of tacos, fajitas, and nachos – Tacoma will leave anyone in the good kind of food coma.

Accept no im-pastas: this fresh, hand-rolled tagliatelle is the real deal. Made fresh every day, choose your sauce and the final step? Have your hot pasta spun in a GIANT WHEEL OF GRANA PADANO for an extra, cheesy twist.

They’ve taken the classic family favourite and made it fancier: fresh, exciting flavour combinations are their bag and every dish is cooked to order right in front of you.

Their signature ‘Heartbreaker’ beef patty will definitely cause a stir in your chest cavity – the good kind. Half offal (ox heart) half 50 dry-aged beef brings a standout twist to their burgers.

The goal was to take the classic roast out of its comfort zone by taking THE Sunday roast and wrapping it, in a Yorkshire pudding burrito.