Vegan Food in the Market 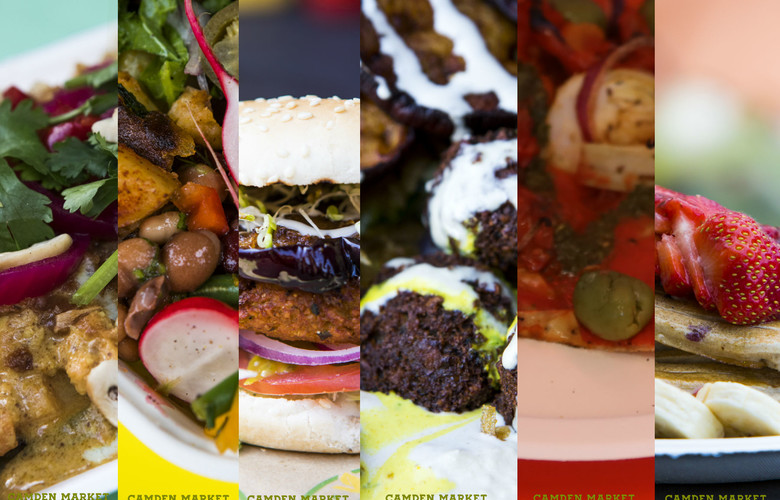 Chow down on some animal-product free treats whether you are vegan, veggie or just after something different.

Here at the Market we are fans of food that favours all sorts of dietary requirements and preferences. Celebrate World Vegan Month with us and our round up of the best vegan treats in the Market.

Brand new to the Market, the Young Vegans are serving up London’s first ever vegan pie and mash to the masses. Deliberate between seitan and ale, all day breakfast and curry fillings, as well as a whole host of specials.

An all vegan menu of comfort food deliciousness, from guilt free mac and cheese to chilli-non-carne, finished off with homemade sauces and salad bar that rotates daily.

Made from 100% chickpeas, their magic falafel are entirely vegan and gluten free, served up in pitta or with a mixed salad.

All vegan and gluten free – build your box choosing your base from brown basmati rice or quinoa pilau and top it with Jackfruit Tikka Masala, Sweet Potato & Summer Greens Peanut Curry or Tandoori Cauliflower Steak as well a delish vegan naan from Spice Box.

Vegan, gluten free, organic coconut based pancakes made from coconut water, flesh and flour but nothing else.

Serving up delicious vegan options including their vegan rending made with mushroom and chickpeas, served on fluffy beds of rice with veg, Malaysian peanut sauce and Singaporean achar for a South East Asian flavour sensation.

Offering an ever-expanding range of vegan doughnuts on rotation at the weekends, including Chocolate Truffle, Strawberry & Elderflower, Vanilla Glaze and Yuzu & Matcha.

Dedicated to capturing the real taste of North India via meticulously prepared and consistently healthy dishes, Sonita’s features both vegetarian and vegan options. Everything on the menu is prepared from scratch using a special combination of ground spices and the freshest of ingredients.