The most iconic Camden Market sights to Insta

Fact: a visit to Camden Market promises photo ops galore. But just in case you get distracted by the shopping or street food, here’s a list of some notable sights you won’t want to miss. iPhones at the ready – those selfies won’t social themselves… 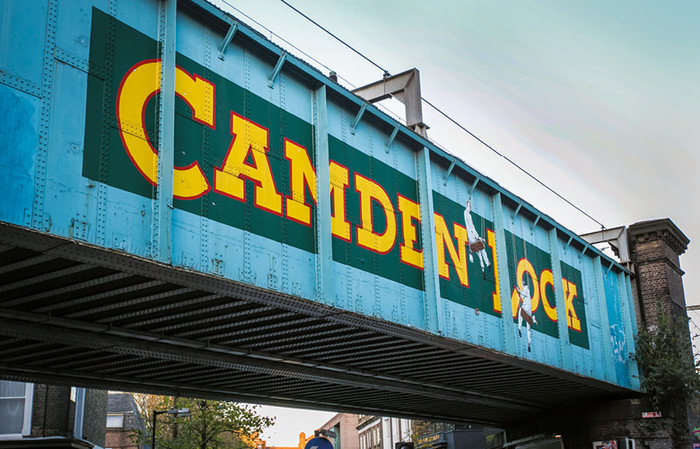 This railway bridge stamped with the words ‘Camden Lock’ is a North London icon that announces ‘You Are Here’. Who needs geolocation when you have street art like this? Extra points if you can take a shot that looks like you’re holding it up… 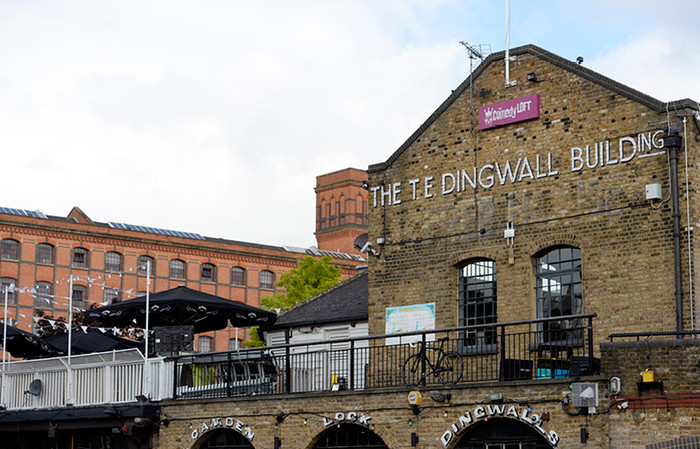 Positioned in the heart of Camden, this historic former timber yard has hosted live music since the 1970s (when it became a popular punk rock haunt). Get up close to this waterside hangout and snap a picture of the building’s industrial Victorian architecture. 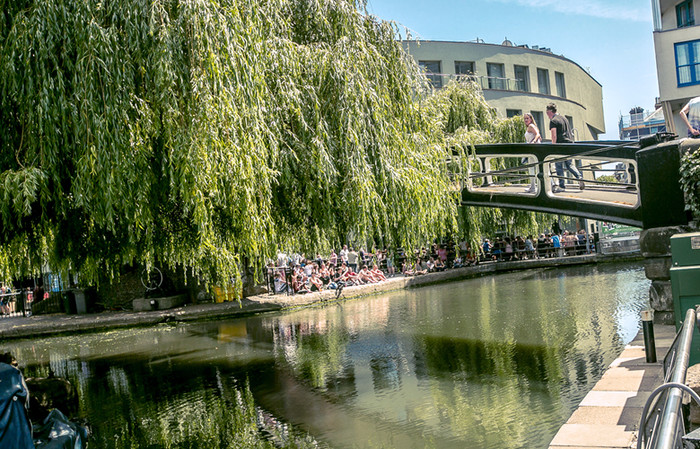 When in Camden committing a picture of the borough’s historic waterways to your Instagram feed is a must. Rain or shine, it’s a sight that screams London, and gets a whole lotta loves. Top tip: sit Lockside with a coffee from Cafe Chula (or something stronger) for an afternoon of people watching.

Proud, the former horse hospital turned burlesque venue and club is guarded (sort of) by a trusty steed covered in an artful patchwork of stickers. If this horse statue could talk we’re confident it would say ‘take my picture’. It would be rude not to. 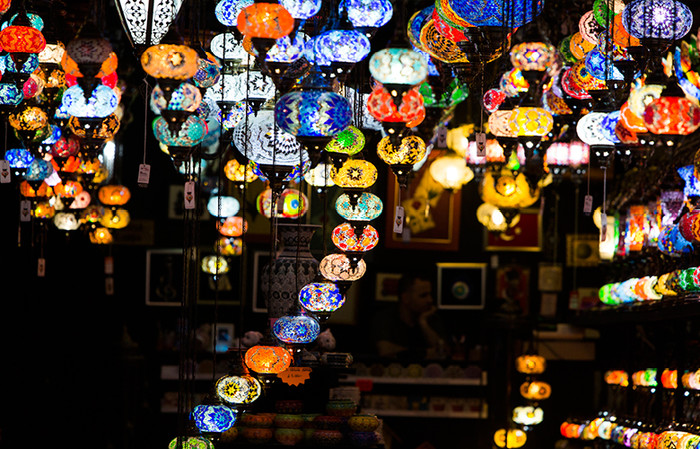 The handcrafted, Ottoman-inspired mosaic chandeliers at Camden’s Turkish lamp shop make for the most kaleidoscopic of backgrounds for a Market selfie (brides and grooms have been known to turn up for wedding day snaps). Roll up and get a shot that nods to the Market’s vibrant and eclectic spirit. 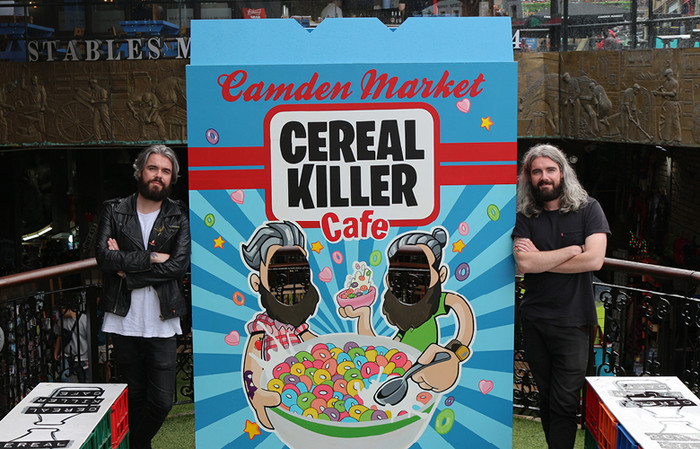 Cereal Killer’s peep through board

Cereal Killer is a cafe with a menu made up of cereal, exclusively. Strike a pose next to the cafe’s giant cereal box cut-out complete with peep-through head holes. It’s all the fun of the seaside, in the heart of Camden Town. 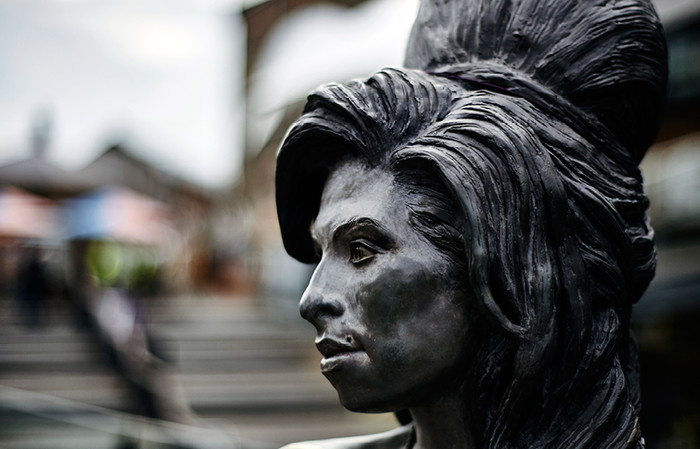 An almost life-size statue of the late, great Amy Winehouse (who called Camden her home) stands in the Stables Market. Created by British sculptor Scott Eaton in 2014, the bronze has fast become a landmark that fans of the ‘Back to Black’ legend flock to. 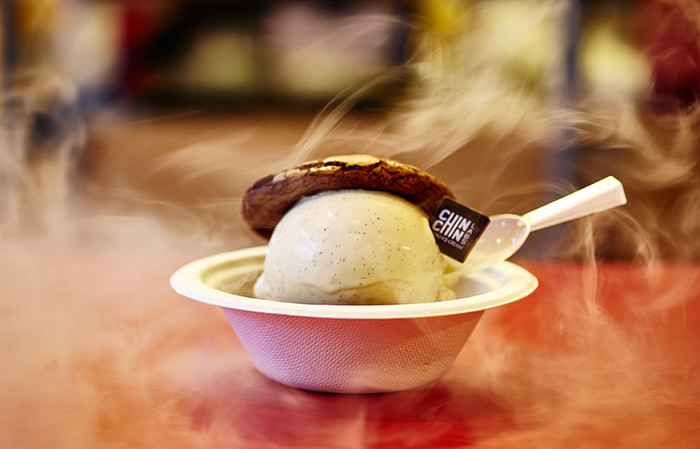 Two giant robot statues, one male and one female, tower over the entrance to this cyber rave superstore. They’re cyborgs – short for ‘cybernetic organism’, a being with both organic and biomechatronic body parts – and they act as guardians to a neon dance galaxy. Snap and step through the door. 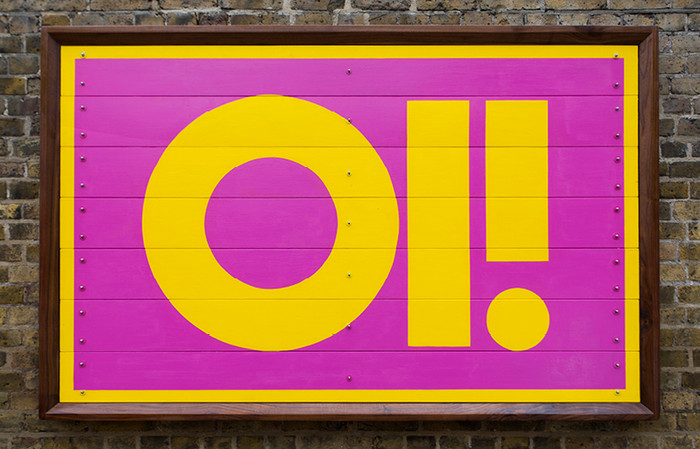 Street artist David Samuel was commissioned to paint these on Chalk Farm Road to grab your attention. Look again and you might notice the pink and yellow picked from the Sex Pistols’ debut 1977 album. Oi! was also the name of a 1970s punk movement (a top tip for foodie ‘grammers: the dot in the ! makes an excellent background for a cake-in-hand shot).

So get out there and get snapping using #camdenmarket – we love to see your Insta handiwork, even the selfies. Follow @camdenmarketldn on Instagram for pictures like this and much more.