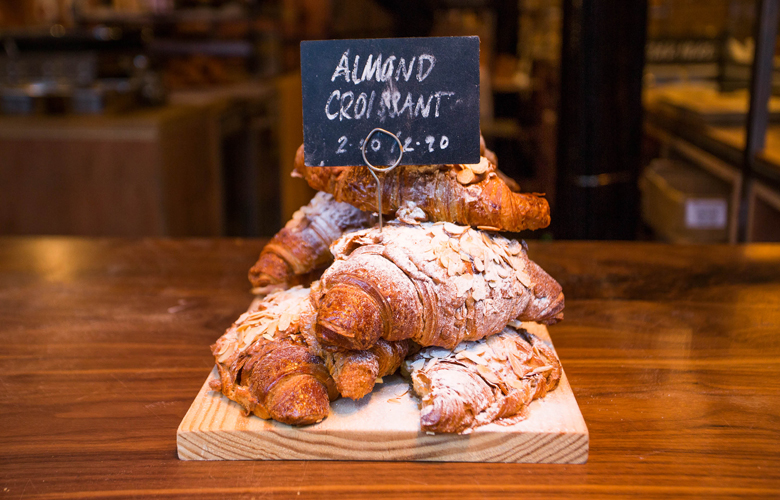 START YOUR DAY WITH A BREAKFAST OF CHAMPIONS AT CAMDEN MARKET

It’s your most important meal of the day (and probably the most ‘grammable one too), so you can do better than toast and instant coffee, can’t you? Camden Market’s cafes are a locals’ best-kept morning secret – here at the dishes to try (and not a fry-up in sight).

Pain au Chocolat at The Flour Station
If you enjoy your breakfast buttery and covered in jam, indulge in slice or two of toasted sourdough from The Flour Station, where’ll you get plenty of dough for your …er… dough. With croissants, a mighty fine English muffin and the best pain au chocolat you will ever taste (accompanied by produce from their artisan friends, including Neal’s Yard and England Preserves), it’s a great place to carb up after an early morning workout. Just add coffee (which you can get there too!)

Shakshuka at Cafe Loren
If you are after something EGG-cellent for breakfast and won’t lower your EGGS-pectations to the standard boiled, poached or fried, then head to Cafe Loren for their signature shakshuka. Think that would narrow down your decision making? Think again. There’s green shakshuka, red shakshuka, white shakshuka, vegan shakshuka and even shakshuka in a sandwich, should you be so inclined. Hearty and comforting it’s an egg-based hug on a plate. 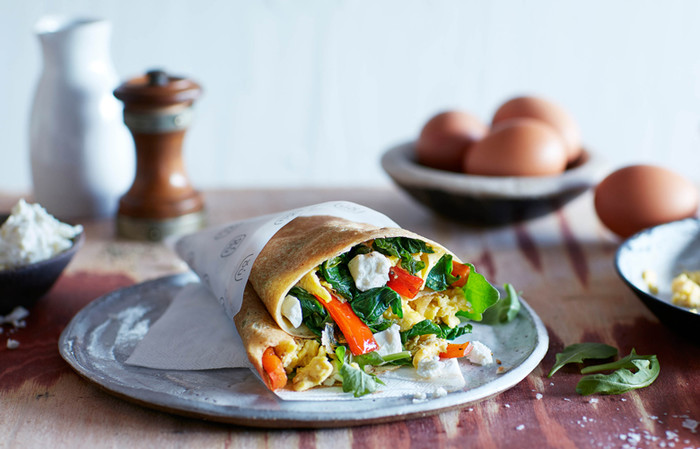 Protein Pancakes at Nojo
For a balanced start to the day, pancakes for breakfast might sound like a crêpe idea – but these are no ordinary pancakes. Packed with protein, their rolled, savoury pancakes are a great post-workout snack, with plenty of veggies and vitamins to keep you going all day. Fillings include a double egg and spinach and smoked salmon. Practical and portable, Nojo have got breakfast all wrapped up.

Power Smoothies at The Good Yard
You’ve heard of a liquid lunch, right? Well how about its far less guilt-inducing cousin, the liquid breakfast? Perfect for those on a health-kick or those on the go, The Good Yard’s smoothies are packed with good stuff that your body will love you for. Flavours include Dr Greenthumb – lemon infused water, banana, spinach, pineapple, mint, and spirulina and the Choca Khan which includes almond milk, banana, dates, raw cacao and peanut butter. 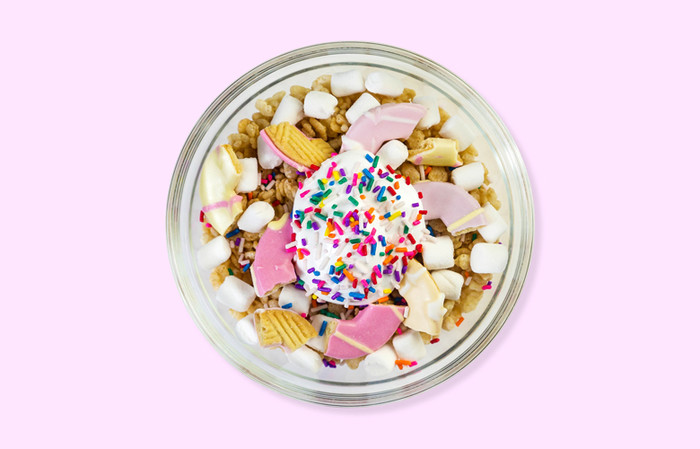 Unicorn Poop at Cereal Killer Cafe
Perhaps not an everyday breakfast, this rainbow-coloured concoction features Ricicles, party rings, marshmallows and Hundreds of Thousands. A bit too much pre midday? You can still think outside the (cereal) box with an eclectic varieties of cereals from around the world, as well as premium flavoured milks.

Banana Bread at Lantana
If coffee is your religion, you’ll need no persuading when it comes to converting to Lantana, who serve up strong, full-bodied coffee blends that are robust enough to help you face anything you have planned for the day. But it’s the warm, buttered banana bread that’s really worth getting out of bed for. Gym bunnies will want to power up with their date-packed protein balls. 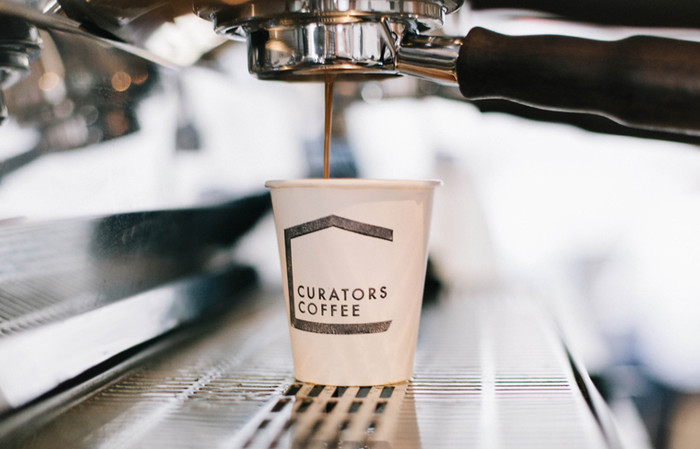 Flat White at Curators Coffee
If your morning doesn’t start until you’ve had your caffeine kick, you’ll be in need of Curators Coffee for a brew that definitely isn’t a cup of your average joe. Taking pride in offering up the best quality, speciality beans and also boasting an exclusive house espresso blend, tea-lovers aren’t forgotten about either with small-batch suppliers Lalani & Co delivering the goods.

Don’t want to leave the house? Find out how to make your own DIY smoothie with this recipe from The Good Yard.