Green at the ready

St. Patrick's Day is ready to hit Camden Market. Find out all the info on the craic ahead of this Saturday.

St.Patrick’s may only technically last one day, but at Camden Market we look forward to this almost week-long event from February. The combination of the Irish food specials, the buzzing atmosphere and our continued successful collaboration with the Mayor of London and London Irish Centre make this day one to remember. Make sure to get yourself adorned in green for St.Paddy’s with FREE facepainting and DJ at Everything 5 Pounds from 12pm – 5pm!

Formerly a 3 piece, Jackson released 2 EPs under the name ‘Swimmers’, (Swimmer’s Year 2013, This Burning Circus 2015). After moving to London in late 2015 with no bandmates, he was left reconfiguring Swimmer’s songs back into solo versions.This new found confidence led to the recording of nine new songs in March of 2017.

LOCKS are a ‘Waits-infused’ alt-folk band based in London. The string-based quartet conjure up ballads and shanties with a hint of the macabre joining the sheer enjoyment of words, meanings and sound. Darker undercurrents combine with fables, folk tales, urban myths and a wonderful playfulness.

Nome King is the musical project of Irish songwriter and producer Ciarán Smith. Other projects include Crayonsmith and Night Trap. His music can be described as melodic, lo-fi pop.Over the course of his career, Ciarán has played with Sparklehorse, Jason Lytle (Grandaddy), Robin Guthrie (Cocteau Twins), The Decemberists, Jeffrey Lewis, Mount Eerie, Dan Deacon, Why?, Islands, Advance Base/CTFTPA and Adam Green (The Moldy Peaches).

Melding disparate sounds into a cohesive whole, Aislinn makes unlikely genre bedfellows a natural fit. Her scene-setting lyrics are delivered with a vocal that conveys someone who has lived through her subject matter. Wound through thoughtful production (crafted with Ghostpoet / Bearís Den / Belle and Sebastian collaborator Kristofer Harris), the tracks are often polished versions of her bedroom recordings.

SICK LOVE deliver a high-energy, no holds barred rock show all wrapped up in the most anthemic songs. Described by Hot Press magazine as “ defiantly pushing against the grain of indie and folk bands in Ireland”, they broke through with sold out shows as well as festival slots at Electric Picnic and Independence. The band were quickly marked by many as ones to watch, with the Irish Times preaching they are “set to join the Super League of Irish rock bands”.

St. Patrick’s Day is not without its copious food specials and 5 of our favourite food traders have given up the goods.

If you’re looking for something more traditional, one of our new traders Yorkshire Burrito is serving up their Irish Roast: authentic salt beef, colcannon (mashed potatoes and kale/cabbage), cabbage and gravy encased in their signature Yorkshire pudding wraps.

You’ve got cravings for the sweeter things in life, take your pick from two famous powerhouse food shops. Cereal Killer Cafe in Stables Market amphitheatre will bring childhood nostalgia once you take a spoonful out of their ‘Lucky Charms Superbowl’ with classic Lucky Charms cereal topped with freeze dried marshmallows, Lucky Charms ice cream, then finished off with marshmallow milk.

Chin Chin Labs on Camden Lock Place will be mixing up a ‘Lucky Four Leaf Clover’ ice cream (a unique combination of floral extracts and clover) on top of a fluffy chocolate potato cake swimming in chocolate fudge stout sauce.

Need a vegan alcoholic punch? London’s only vegan pie and mash shop, Young Vegans is celebrating all things St. Patrick’s by soaking all vegan steak in Guinness for the week leading up to the momentous day, adding a delicious, extra level richness to their signature pie. Tender vegan steaks will be marinated in the dark stuff for double time, giving a malty, earthy kick. 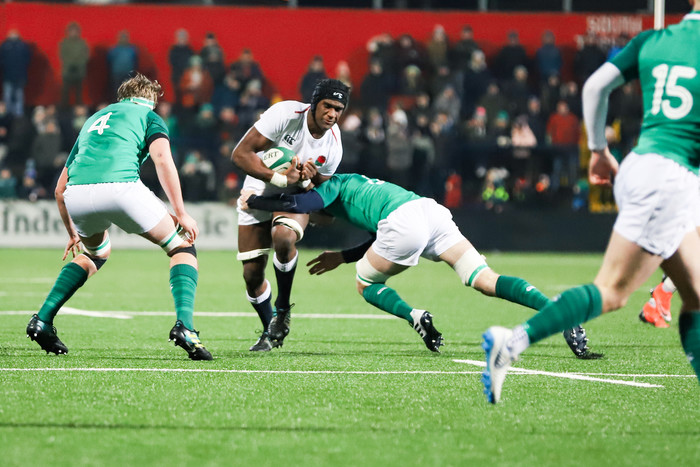 Lest we forget about the infamous Six Nations match that occurs every St.Patrick’s Day. This time, Wales vs Ireland. Make sure you’ve got your green gear on and Guinness in hand at 2:45pm.