Meet Lucy, Hanna, Phillippa, Lily and Kate: five female bosses turning the heat up on street food. Less than a fifth of professional cooks in this country are women – but as founders of some of the most successful street food vendors in London, the KERB girls aren’t letting a little thing like a statistic get in the way of their grill power.

We commissioned street photographer, Charlie Kwai to capture these exciting young chefs in action at KERB Camden Market’s opening – and they tell us about the dishes that got them cooking. 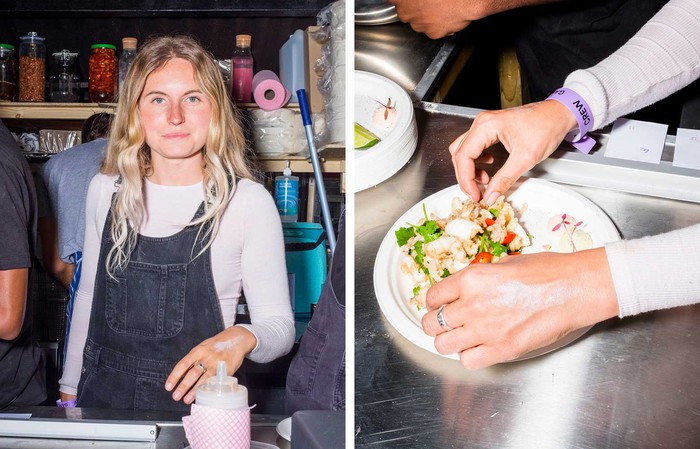 ‘I spent the summer of 2013 researching the street food scene like crazy,’ says Lucy, 26, who co-founded her first street food business, Bill or Beak with her boyfriend straight out of university. She now also runs new crispy squid vendor, Ink. ‘Even though I studied design and technology, I got really into KERB and decided that this street food thing MUST become my job.’

‘The meal that got me into street food was the Original from Tongue ‘n Cheek. The burger was an ox heart and beef patty, so fatty and juicy. It was one of the best things I’ve ever eaten and made me so determined to create delicious dishes that would give others the same satisfaction.’ 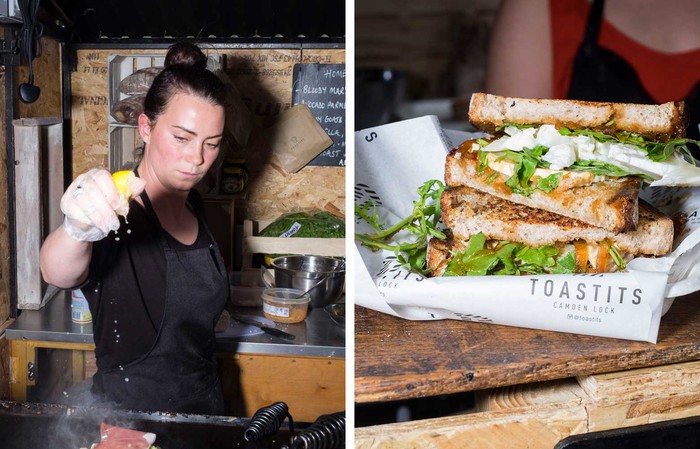 The dish that got Phillippa into street food was one of her own: ‘Our signature toastie – the Bloody Mary Butter is what got me started. It’s a blend of vintage and smoked cheddar, crispy bacon and fresh rocket served on an artisan sourdough (and add a duck egg for the perfect hangover cure).

‘I love a Bloody Mary and toasties so I combined the two,’ adds Philippa, who founded the business in 2014. ‘It was the first toastie we sold and continues to be our best seller.’ 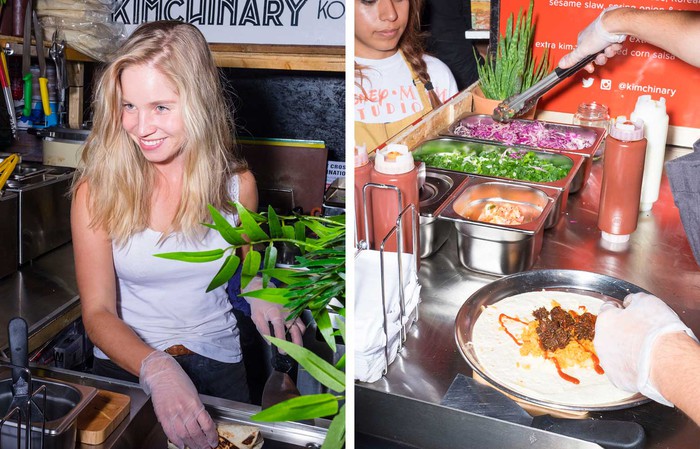 ‘The dish that kick started my love affair with street food was samgyeopsal, a popular Korean meal of delicious BBQ’d pork belly, ssamjang and kimchi – all of which are wrapped in crisp lettuce leaves,’ says Hanna, who came across the grilled delicacy while travelling South Korea.

‘My initial plan was to create my own street food take on it, but after trial and error this developed into tacos and burritos.’ Hanna founded Kimchinary in 2013, after graduating from a year-long food mentoring programme with Kitchenette. 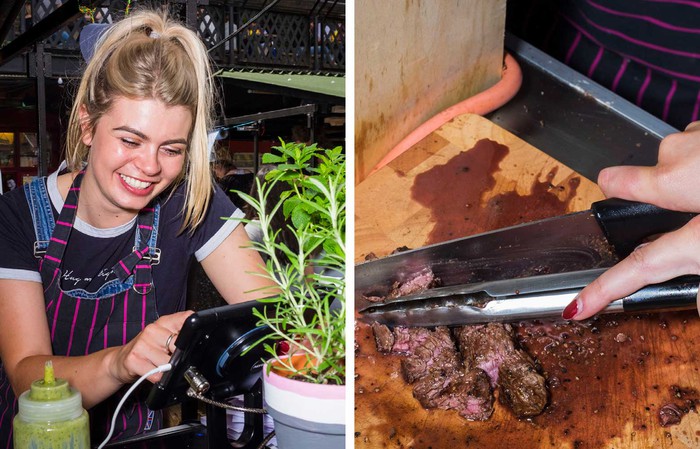 Lily, 24, worked in media before cutting her teeth with fellow KERB trader, Hanna: ‘When I was first honing my idea, I went to work with Hanna at Kimchinary. I saw the effect good food could have on people, and after tasting her amazing Korean burritos made with slow braised ‘bulgogi brisket and ox cheek – they’re next level – I got to work on STAKEhaus as soon as I could.’ Lily raised £7,000 through crowdfunding to start her business. 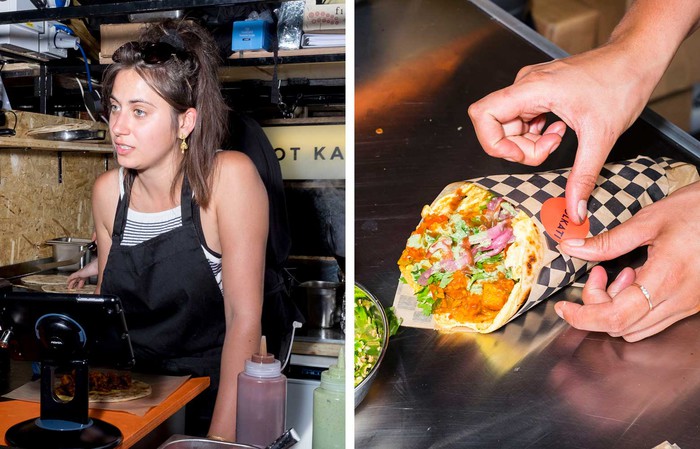 ‘Kati rolls came into my life when I was travelling in Kolkata – the home of them,’ explains Kate, who started the venture in 2016 with her boyfriend after a five-month trip to India. ‘I was intrigued by the egg-coating of the crisp paratha flatbread, and the making of them on the hot kati roll stands – like a performance or ritual. They’re rolled up tight with spiced chicken, fresh coriander, tomato, green chilli, pink pickled onions and covered in ghee – it was amazing. I had to bring it back to London.’

Find all these street food sellers and more at KERB Camden Market. For more info and where to find them, click here.