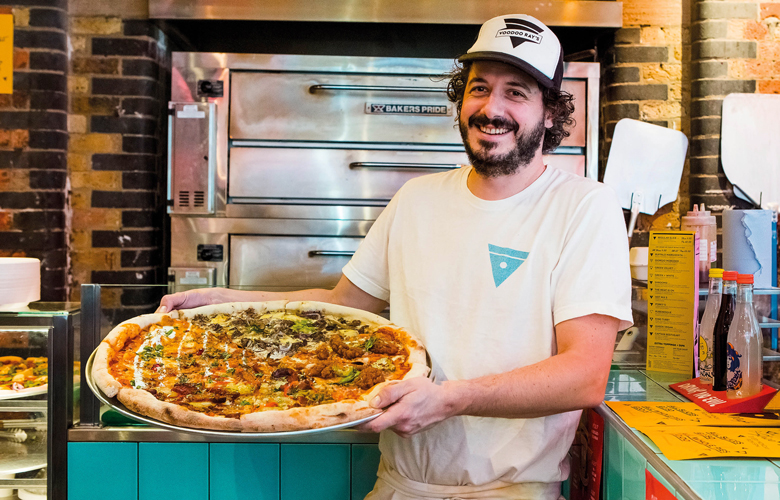 THOUGHT THAT PIZZA WAS ALREADY PRETTY MUCH PERFECT AS IT IS? WELL VOODOO RAY’S HAS MADE IT EVEN BETTER WITH THEIR NEW, WEEKLY STREET FOOD COLLABS. GRAB A SLICE OF THE ACTION EVERY THURSDAY…

No need to decide between two of the best things about Camden Market – Voodoo Ray’s and street food – because they’ve been brought together in one delicious, Frankenstein-style food monster. That’s right, we’re talking about fried chicken pizza, beef bourguignon pizza and squid pizza served alongside 2-4-1 beer and DJs… the stuff cheese dreams are made of. Just so you know what you’ve already missed and, more importantly, what to get next, here’s the lowdown: 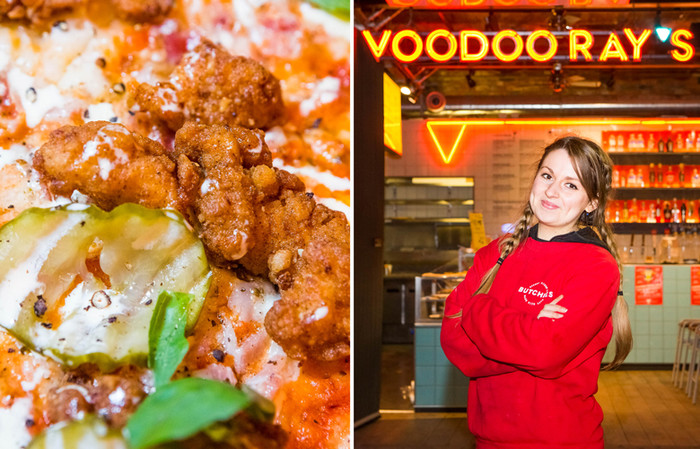 What: It’s the stuff of drunken dreams are made of, the kind of pizza you dream of having at 2am on a Friday night after a heavy one at the pub. Fried chicken pizza.

What: The next trader to to step up to the bar, Luardos show they definitely Mexi-CAN compete with pizzas topped with slow cooked pork, salsa verde, pink onions and roasted jalapeños. 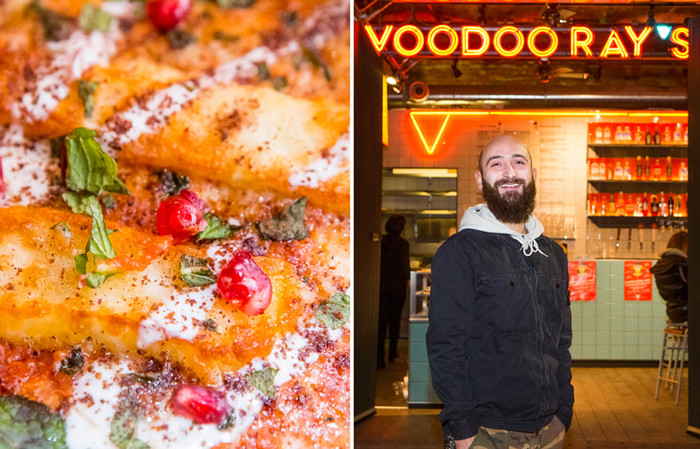 What: You already guessed it didn’t you. It’s THOSE halloumi fries. On a pizza. With za’atar yoghurt, pomegranate seeds, mint, sumac, pomegranate molasses. Word.

What: Pizza’s heading south of the border to collaborate with Colombian street food traders Maize Blaze. They’ll be adding kidney beans, chorizo and potato to their limited edition pizzas. Carbs upon carbs? Sounds good to us. 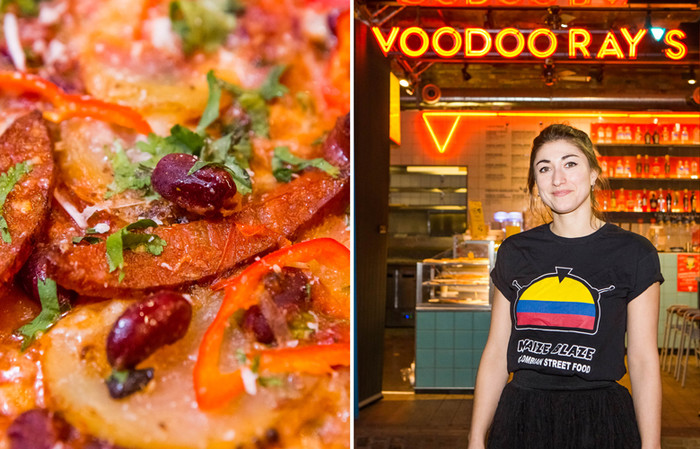 What: Sometimes unusual combinations come along that define a genre: pineapple on a pizza, for example. Perhaps the next controversial combo will be crispy-fried squid topping a pizza. Try it and find out.

What: You would have thought that beef bourguignon and pizza would not mix. Only it does – slow-cooked beef with mushrooms and a creamy base melts in the mouth. Can we get an ‘ooh la la’? 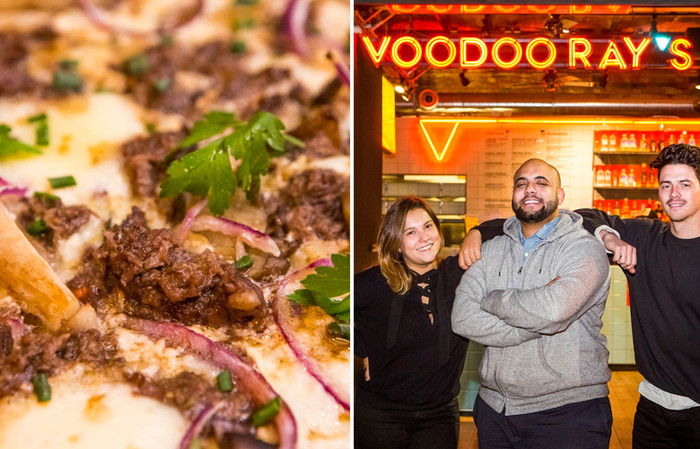