BECAUSE, THOSE HALLOUMI FRIES.

Cheese is the word of the moment and riding the molten wave is Oli, king of halloumi and founder of Oli Baba’s. You’ve seen his cheese all over your Instagram feed, now find out more about the guy behind the fry…

Tell us a  little bit about yourself…

I was born in Walthamstow and have lived in East London my whole life. I’m a Spurs fan and I travel around the world to get tattooed. 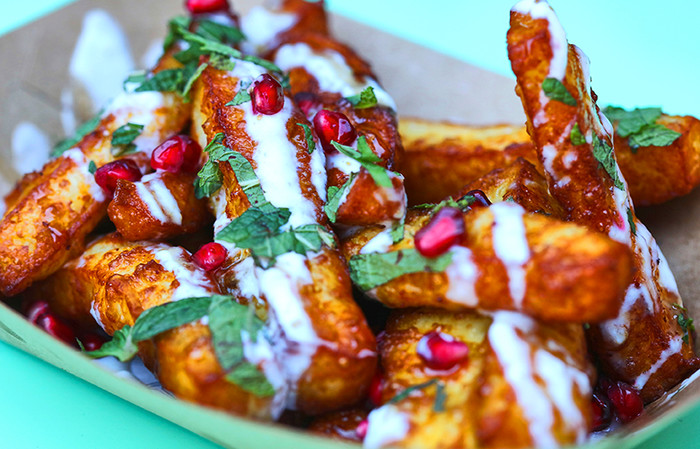 How did you get into the street food game and why halloumi fries?

After dropping out of University and saving some money from a retail job, I bought a flight to Tel-Aviv and ended up working and living in the Middle East for about 5 months, in Israel, Jordan, Palestine & Egypt. I ate the best hummus in the world and just fell in love with the way food was respected there, as well as the culture and history behind it all.

I arrived back in the UK with the idea of bringing this love of Levantine snacks to the streets of London, worked for a load of veteran street food traders for about a year, learning all I could, meeting the right people and constantly saving some cash for a van, equipment and a gazebo. In May 2014 Oli Baba’s launched!

Our Halloumi Fries are a take on the Greek dish Saganaki: the idea of shallow frying cheese and specifically Halloumi. We have taken them to the next level however, deep-fried, tossed in sumac and dressed with mint, za’atar yoghurt, pomegranate seeds, pomegranate molasses & chilli. You get the sweetness, saltiness, sourness and heat all in one bite..

People go mad for your fries, especially on Instagram. How many portions do you think you sell a month?

Haha, we actually had to create another Instagram dedicated to people’s pictures of Halloumi Fries. You can follow it @halloumifries. Urm, we currently do about two tonnes of halloumi a month at Camden. It’s a lot. 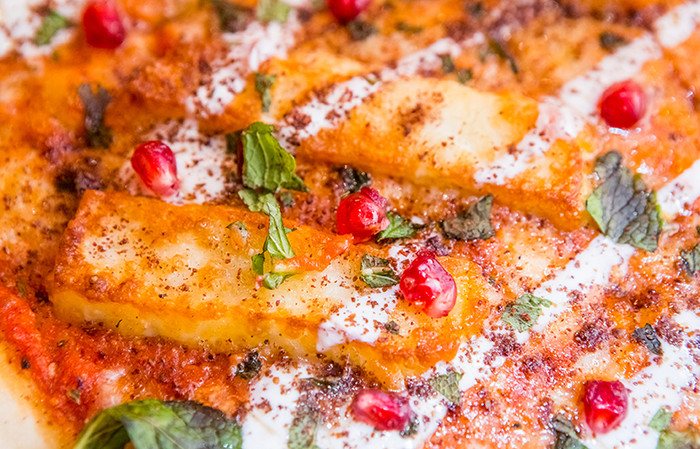 You were recently part of Camden Market’s cheese festival, how was that?

The Cheese Festival was great. It felt like anyone in the UK who was even slightly interested in cheese turned up! Such a great atmosphere.

Apart from yourself (obvs) what’s your favourite street food?

Any plans for the future?