The Life Of A Camden Horse | Camden Market 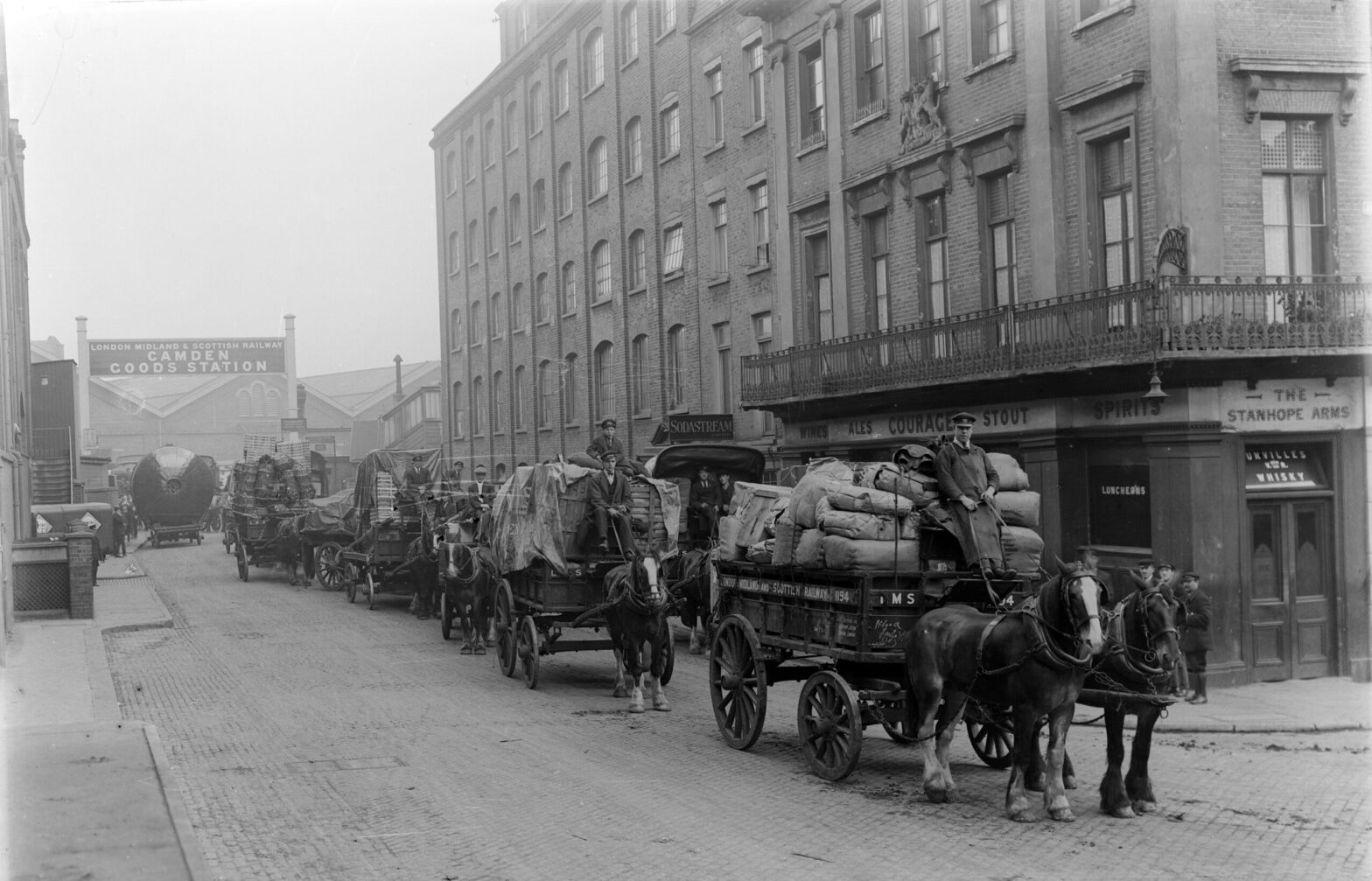 The Life Of A Camden Horse

IT’S 1930, THE STREETS ARE A CACOPHONY OF HORSE HOOVES: THE WHEELS OF CARTS CLATTERING LOUDLY AGAINST THE COBBLES.

Cars haven’t been invented yet and horse and cart is the only real means of travel for far flung destinations. There are a few milestones in Camden’s history as significant as those that happened within the 19th century, an era known as the ‘Industrial Revolution’. In 1937 the London & Birmingham Railway was opened, and the Camden Goods Station was built two years later.

Camden Goods Station brought employment and industry to the borough on a mass scale. The operation of the railways required the use of horses for pulling trains, or parts of trains from the main railway line to the canal, as well as for transporting goods and passenger luggage. Heavy duty work was typically done by Shire horses, or Clydesdales. All the horses worked hard and at the end of a long day, they’d retire to stables blocks within the station. Tack rooms, saddler’s workshops and a horse hospital were also built inside the very buildings now known as Camden Market’s The Stables.

Towards the end of the 19th century there were about 250,000 horses working in London with thousands and thousands of stables across the city. Today Camden Market is widely considered as the finest surviving example of this. However, the buildings that have now become a historic landmark are quite literally just the tip of the iceberg. The stable blocks built between 1954 and 1956 were a part of the Camden Goods Station. The building of this also saw the development of a network of horse tunnels, located bellow the depot connecting the railway to the canal.

The structure was built to provide a safe walkway for the horses carrying goods to the Regent’s Canal, as well as an easy access route to the Stables Yard. From street level, the route of the tunnels can be traced by following the cast-iron grilles placed at regular intervals into the road. Those ‘windows’ were the only source of light for the horses working below. At its peak the network was used by over 500 horses and for the next 100 years horses would remain central to the operation of the station, collecting and distributing goods. The very last shunting horse was withdrawn from duty in 1967 and the depot was closed in 1980.

The area’s incredibly rich history is an essential part of what makes Camden Market the unique, colourful and vibrant place it is.