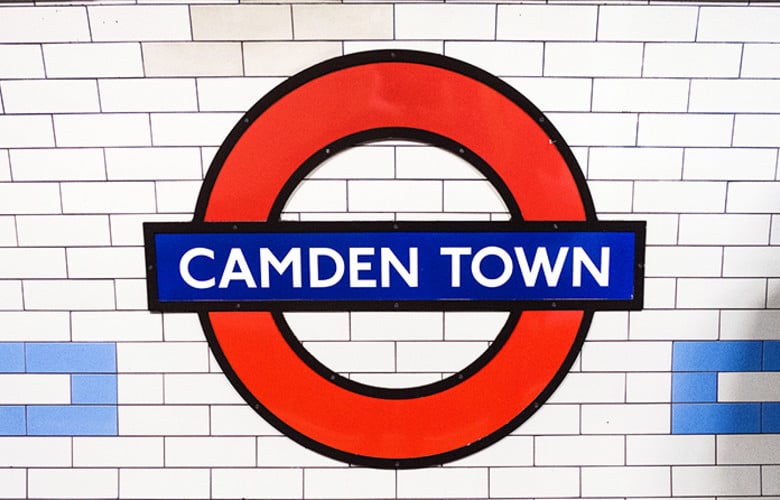 Impress your mates with your pub quiz knowledge and learn something along the way with the reasoning behind some of London’s best-known tube stations. All within a short walk of Camden Market, of course!

Ultimately named after a bloke named William Camden, an Elizabethan schoolmaster, historian and writer, the guy had absolutely no relation to North London whatsoever. Awkward. However after his death, another family bought Camden’s house in Surrey and self-styled themselves as the Baron and Baroness of Camden, naming themselves after the house. Much later, the family became very wealthy and began buying up large areas of countryside in North London. Et voila, Camden was born.

You might of thought that you had this one in the bag: unfortunately there were no chalk-based farms in the area. Chalk Farm is in fact an evolution of the Saxon name ‘Chaldecote’, which means cold cottages. The term ‘Chalk Farm’ didn’t come into existence until a tavern opened up with the same name and it became a popular nickname.

Obviously taking inspiration from the parade of houses that make up Mornington Crescent, both station and street are named after the eldest brother of the Duke of Wellington, the Earl of Mornington, who served as foreign secretary and later, lord lieutenant of Ireland. The crescent was named in his honour.

No, it wasn’t a place where all of the Kentish people lived. Instead, it was believed to be an area of land owned by a farmer or gentleman named Le Kentish. The earliest recorded mention is of a place named Kentisson in 1208.

Described as the most noble gardens ever witnessed by Samuel Pepys, Belsize Park is a surviving reminder of Belsize Manor, a large and important stately home and grounds that were  demolished in 1854. Belsize itself is the shortening of two Norman words: bel assis, meaning beautifully situated.

Named indirectly after the village of Euston in Suffolk, it was one of Charles II’s illegitimate sons (the Earl of Euston) who came up with a plan to stop cattle being driven up Oxford Street to Smithfield Market by creating a road that ran parallel. Over time, this became known as the Euston Road and the stations that opened along it (Euston Square and Euston Station) both received the same name.