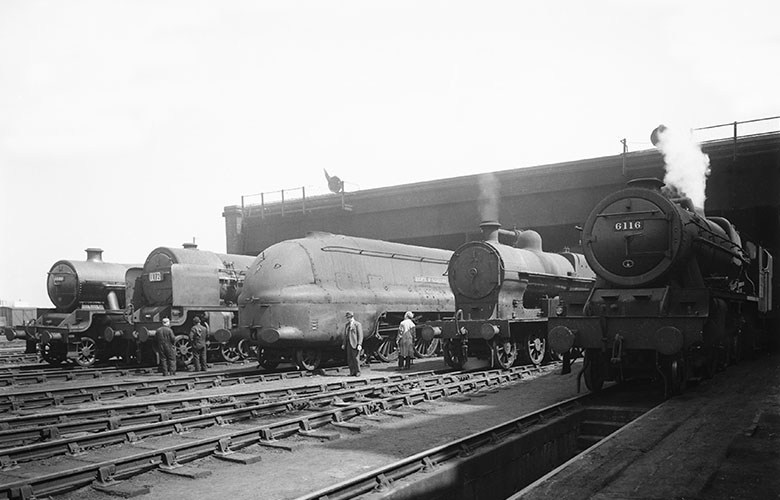 Camden Town started back in 1791 when a five-street village was built on an estate belonging to Sir Charles Pratt, the 1st Earl of Camden. Fast forward a few decades and Camden became a very important location during the early development of the railways. This was for a number of reasons. Firstly, London’s first intercity railway line – the London & Birmingham Railway – ran right through the town; and secondly, its proximity to the canal made Camden a perfect stopping point for the interchange of goods between London and the rest of the world.

With this in mind, Camden Town became one of the city’s most important industrial areas and the Camden Goods Station was the biggest and busiest interchange depot. Over time the station underwent a series of expansions and redevelopments, however the infrastructure, although completely repurposed, is still largely preserved. The Interchange Building, the Horse Hospital, The Stables, the Roundhouse, in fact many of Camden’s most iconic landmarks have existed here for over 150 years.

One of the most fascinating reminders of Camden Market’s incredible industrial heritage are the so called ‘Camden Catacombs’. But before you start picturing chambers and tunnels filled with dead bodies, think again. Luckily this spine-chilling name is nothing more than a nickname. Built by Robert Stephenson, the ‘Camden Catacombs’ are actually an underground network of passageways and engine vaults. Horse tunnels from the Roundhouse to the Regent’s Canal acted as a safe walkway for the horses working in the station in the 19th century. Underground wheels and pulleys housed in engine vaults below would also power the tracks, helping to pull heavy trains from Euston up to Camden Town by rope.

Later in 1869, wine importers W. & A. Gilbey moved their business to Camden Goods Station. The vaults became an excellent storage space for whiskey, wine and gin – we’d say, an infinitely better use of the passageways than the one suggested by the word ‘catacombs’.

Although today most of the structure remains submerged in water and closed to the public, this incredible architectural feat is still largely preserved. Peter Darley, advisor to Camden Market and author of ‘Camden Goods Station Through Time’ explains: ‘The underground vaults built by Stephenson to house the winding engines have survived extremely well and are structures on a truly majestic scale.’