Pegasus: 'I Owe It All To Amy' 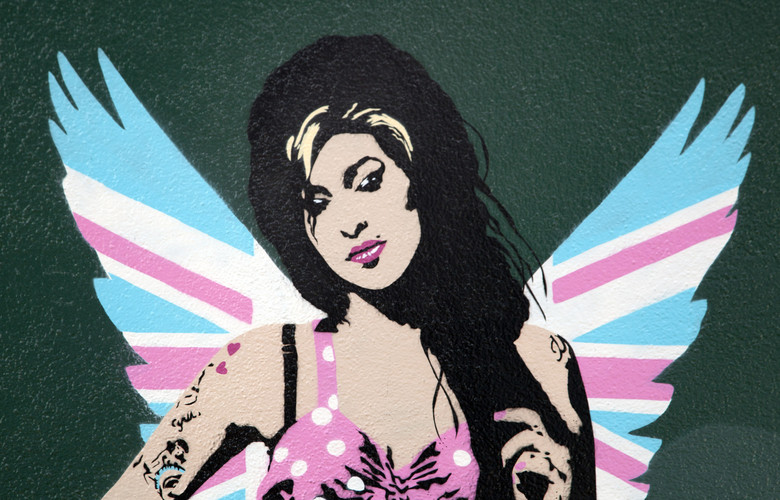 CAMDEN’S WALLS ARE SYNONYMOUS WITH THE WORK OF LOCAL GRAFFITI MASTER, PEGASUS

He’s stencilled the streets of NW1 for years, including a couple of semi-scandalous stencils of Prince Harry and Queen Elizabeth on Chalk Farm Road. The one muse he returns to again and again though is Camden’s best-loved daughter, Amy Winehouse.

To celebrate what would have been the singer’s 33rd birthday, Pegasus gave Amy the Andy Warhol treatment on a wall in our Market Hall. We filmed him at work and asked him a few questions. 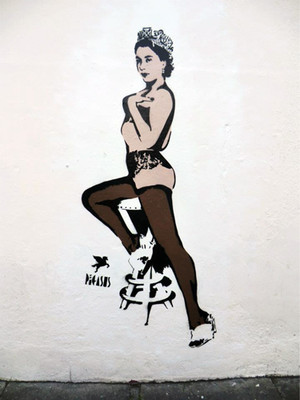 How did you start out?

It was by accident. The very first piece I did was a tribute Amy Winehouse, a couple of hours after she’d passed away. I’m a painter but I’d never picked up a spray can before then.

On the day she died, I was shopping in Oxford street and I heard the news on the radio. I ran to the local art shop in Soho and spotted cans of spray paint behind the till. I sprayed Amy illegally in the middle of the night onto a wall by Starbucks. Loads of the papers picked up on it – they thought it was a Banksy piece – and it catapulted me into the media overnight.

What is it about Amy?

I really relate to Amy’s music. When she passed away, it was very personal for me. I’d met her on several occasions and we share a number of friends. My career now is all thanks to her. If it wasn’t for her, I wouldn’t be doing this right now. 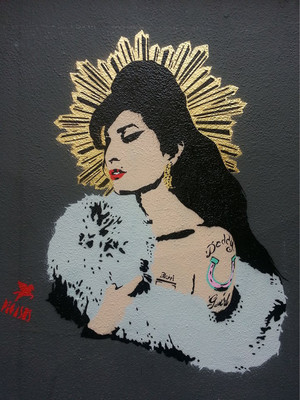 Amy Winehouse on The Earl of Camden pub

Where else can we find your pieces in Camden?

There used to be a Prince Harry piece and a Queen Elizabeth piece on Chalk Farm Road. Most of my Amy pieces have remained. There’s one outside Proud Camden, one on York Way, on the side of The Earl of Camden pub and the new piece inside Market Hall. 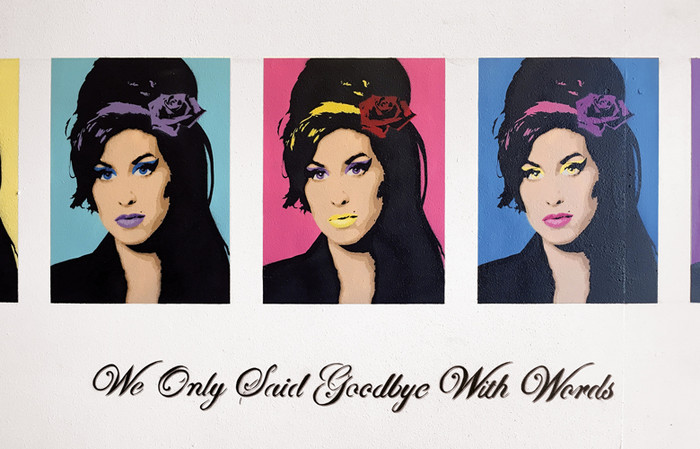 Tell us about your newest Amy piece in Market Hall?

Everybody knows I love Andy Warhol. I wanted to created a piece that perhaps Andy would have done if he was still alive, because he would’ve loved Amy. People who I think are true icons get the Warhol/Pegasus treatment.

What’s next for Pegasus?

I’m off to LA for my solo exhibition. Then next year it’s Berlin, Cape Town and Tokyo for my Gods & Monsters tour before coming back to the UK for an Amy exhibition at the Jewish Museum in Camden.