An update for our visitors 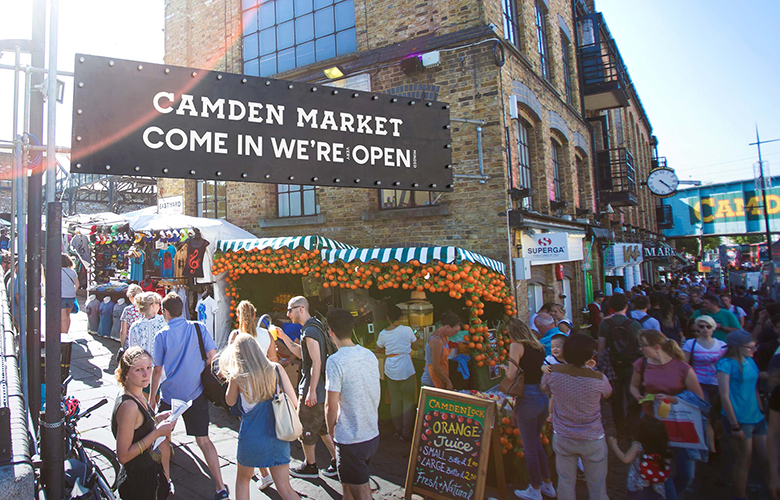 At just before midnight on Sunday, July 9, an isolated fire broke out in a building adjacent to the Market Hall area of Camden Lock Market. The Market was closed at the time and those that were on site were evacuated quickly. The systems in place to prevent fire spreading proved effective so the incident was relatively contained, and brought quickly under control by the Emergency Services. Thankfully, no one was injured.

Stalls on Camden Lock Place, the East Yard and in the Market Hall were closed today (Monday, July 10) as a precaution, as well as those areas on the ground and first floor of the Market Hall that were damaged.

Of the 1,000+ shops and stalls in Camden Market, 36 have been directly affected. Camden Market’s managers have been on hand to help and advise throughout the day and discussions are now taking place about relocation within the Market’s 6.2 acres.

Tomorrow (Tuesday 11 July), the vast majority of shops and stalls will reopen, and we urge visitors to support the Market’s many small business by planning visits as they usually would.

We are assisting the London Fire Brigade in identifying the cause of the incident, and would like to thank those fire firefighters who attended the scene.