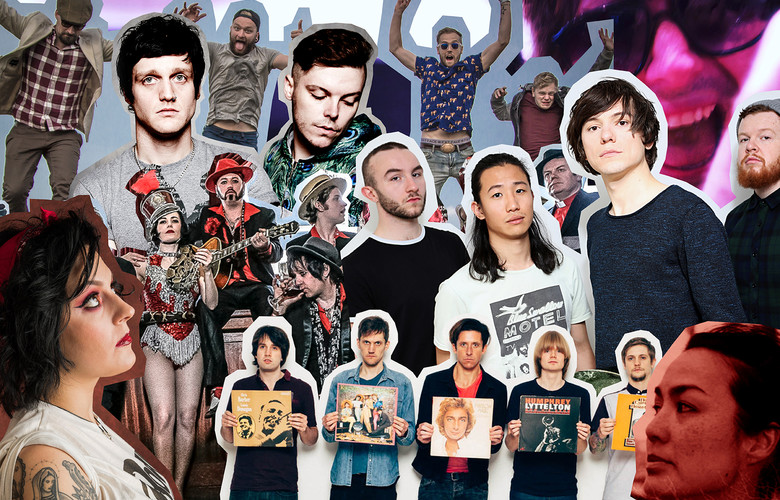 If you didn’t know already, Camden Market is going to be hosting the Kraken Sounds Acoustic Stage as part of the Camden Rocks festival. Not only will the free stage be open to the public, it will be bringing some of the best talent from around the festival and Kraken will also be providing samples of their rum flavoured ice cream. We spoke to a few of the bands who’ll be performing to to find out a little more about them. 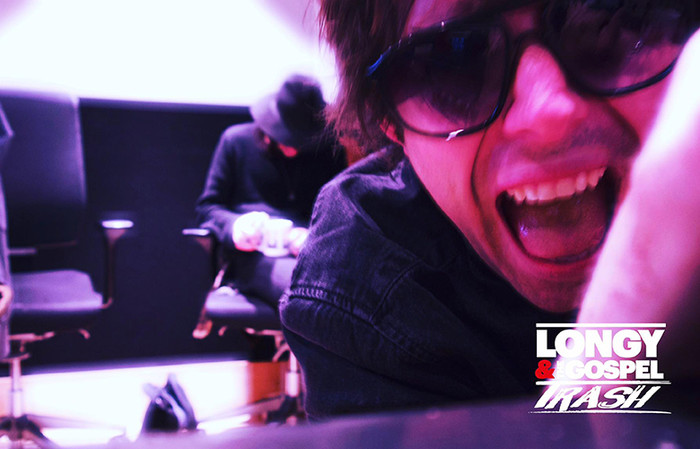 Tell us about yourselves…

Longy & The Gospel Trash: I’ve been performing since the minute I whipped off the vicars wig when he was trying to christen me. We are: Tommy Manilov (beatfinder), Jordan Wiltshere  (low frequency collector), Brother Ben Maskell (wall of sound with keys), Jimi Gunn (makes a guitar sound like what the universe does), Feralchild (trombones) and Longy (conductor).

The Rainband: The band in the current line up has been together for three years, though we started officially in 2011. There’s Martin (singer), Joe (guitar), Phil (guitar), Joe’s brother Sam (bass) and Chewie (drums).

The Urban Voodoo Machine: We have been bringing our own brand of Bourbon Soaked Gypsy Blues Bop’N’Stroll to the people since 2003. Our music is a mix of Rhythm’n’Blues, Gypsy, Latin, Jazz, Country, Rockabilly with burlesque theatrics and big sing-along songs! Our instrumentation is somewhat different from most bands at Camden Rocks too as we play banjo, harmonica, accordion, washboard, bouzouki, trombone, saxophone, upright bass as well as drums and guitars!! 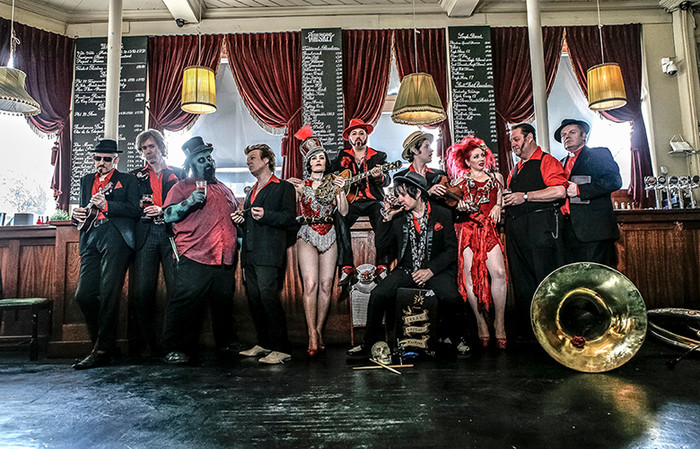 Jasmine Rogers: I’ve been performing for a while now, starting out as front woman to rockband Boa and for the last five years or so working on my solo work. I’ve just released my first album Blood Red Sun and am currently writing new music.

Imperial Leisure: We have been performing for years and years: it is too embarrassing to tell you how many, but we’re still here against the odds having fun and playing the music we love. We’re a big band of nine: vocals is me Denis, on drums is Scott, guitars is Ben, on bass we’ve  got Jack, Dickie is on keys and synth and on brass we’ve got Ken, Russell, Elliot and Steph. We all played in other bands before and over years we came together in dribs and drabs to create the beast that is Imperial Leisure.

The Virginmarys: We’ve been about for about 8 years; a tried and tested full-on power trio. We have a cult following for people who like to keep things real. It’s myself, Ally on vocals and guitar, Danny on drums and Ross on bass and backing vocals. 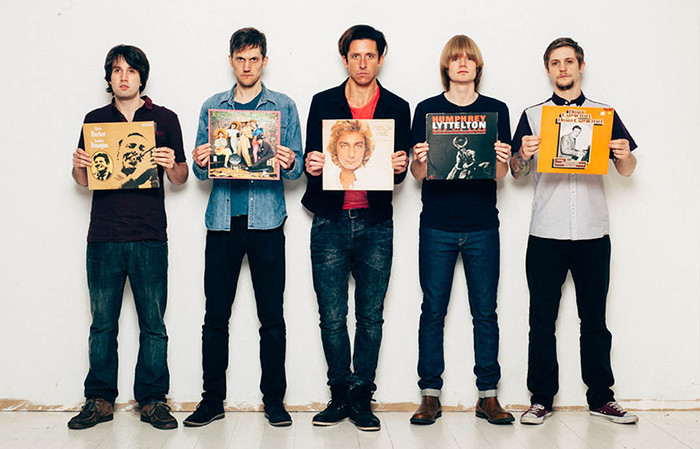 Describe your sound in three words… 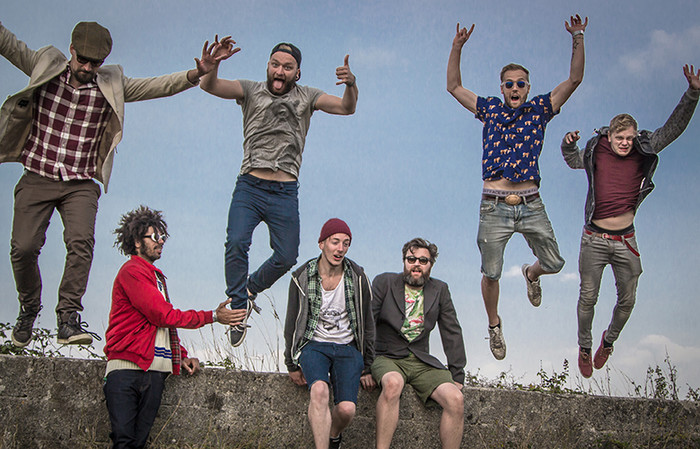 What do you enjoy about performing in Camden?

Longy & The Gospel Trash: It’s as simple as this, Camden loves rock music, so if you’re not some drippy wet flannel who just wants to play acoustic blubber then they will take you in with open arms, if not, they don’t say no, they just leave you outside in the rain for a bit ‘til you go buy an electric guitar… and rightly fucking so!

The Rainband: Camden epitomises all the things we love about music. From the birth of Madness to the jazz & blues of Amy Winehouse to the chaos of the Libertines to the originality of the everyday Camden folk you meet every time you play there. Being from Manchester, it’s the one part of London that I really get and it’s a blessing –  it’s a place that seems to get us!!

The Urban Voodoo Machine: Camden is the mecca of London rock’n’roll nightlife really – especially now that they have managed to kill off Soho! Camden Rocks is a really good idea and good value for the punters to have the chance to see 250 bands for only £40 – we’re very happy to be a part of it and are looking forward to it!

Jasmine Rogers: Camden is a hub for rock music and houses some of the most enthusiastic venues for that genre. Also, I’ve loved the Market since I was a kid and still love it now.

Imperial Leisure: Not much not to like really; great music venues and pubs and the backdrop of a vibrant market. I’ve spent a good deal of time jamming by the canal in the summer, necking beers. Only down side I guess is sometimes it can get crazy busy on weekends but hey that’s the price of success, don’t knock it.

The Virginmarys: Camden is a great town, Camden Rocks is an ace festival. We’ve played a couple of times before and when we were asked again it was a no brainer. 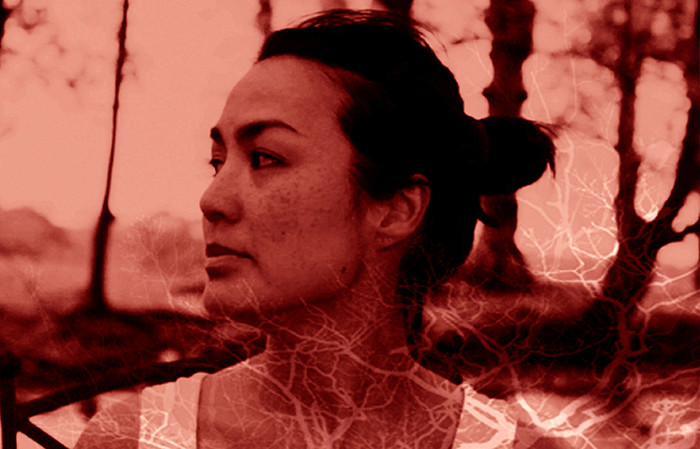 Which are band(s) are you excited to see as part of Camden Rocks?

The Rainband: The line up every year is great but this year in particular, it’s Stella. We play at 9:45pm at Proud so I’ll miss the lads from Feeder but hope to catch our good friends Slydigs from Warrington who make one hell of a sound as well as a few bands that I don’t know yet but fall in love with after stumbling across them. That’s the beauty of Camden Rocks: stumbling upon your new favourite band is an absolute given!

The Urban Voodoo Machine: We are gonna be playing two shows ourselves, Electric Ballroom at 1.45pm (Electric show) and the Kraken Sounds Acoustic Stage at 7.30pm (Brass Band Show) so we might be too busy to see much. However I am gonna try to catch Big Boy Bloater and The Damned!

Imperial Leisure: Damned, Ruts, Losers; there’s loads I want to see! Not gonna get to see them all, hoping to check out some new bands. Ben and Jack will also be playing with The King Blues so got to give them a shout, but most of all I want to see Turbo Wolf. Roll-on Camden Rocks!

The Virginmarys: M O S E S are a cool band with cool songs, top lads too. Would also like to see Coral, not sure I can fit them in but would love to see them if I can as well as Turbowolf, those guys are playing the same venue and are quality! Really looking forward to their set. 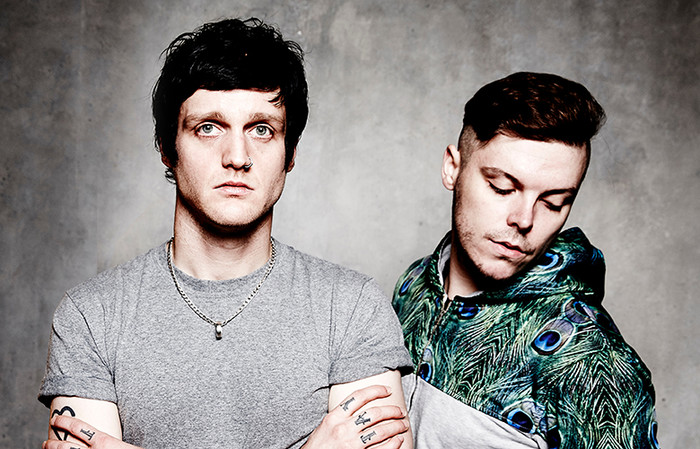