To punks, 1976 was ‘year zero’ – a time to rip up tradition, rail against convention and start over. ‘There is no future’, chanted The Sex Pistols in banned anthem, God Save the Queen. ‘Don’t be told what you want, don’t be told what you need.’ An anarchic spirit, fueled by a DIY attitude, roared through the streets of London, down the King’s Road and onto Camden’s club circuit.

Officially, punk exploded in Camden in July 1976 at the Roundhouse – which makes the music revolution exactly 40 years old this weekend. We take stock of some of punk’s greatest Camden moments, in all their ragged glory. 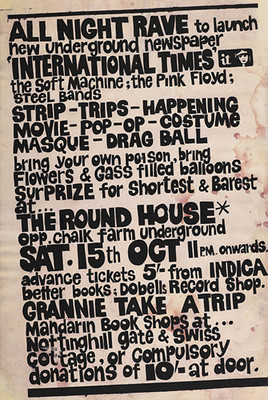 1. In 1966, Pink Floyd played their debut gig at the Roundhouse. It was London’s first ever all-night rave, heralding more than a decade of legendary rock and punk performances at the venue.

Many more firsts followed, with the Roundhouse becoming a mecca for counter-culture. On 4 July 1976, American punk band, The Ramones took to the Roundhouse stage, supported by The Stranglers. The next night both bands played at Dingwalls – same bill, smaller venue. The weekender has gone down in history as a rallying cry for the UK’s thriving punk scene. It’s reported that members of The Clash, The Sex Pistols, The Damned and Chrissy Hynde – all of whom were yet to make big musical debuts – were in the audience. They showed the UK’s young punk scene how it was done. 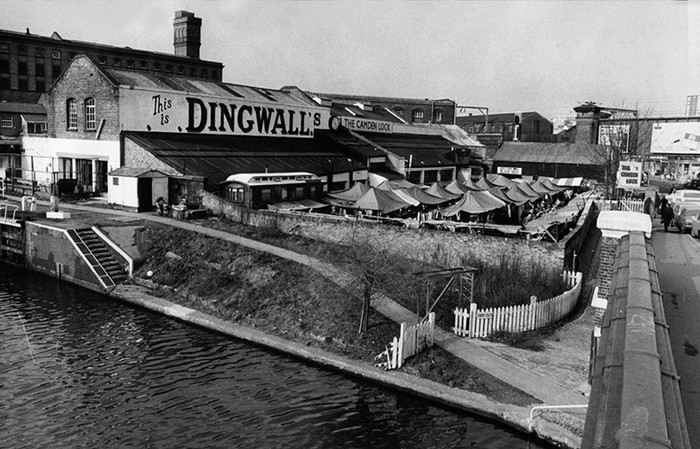 2. As punk legend has it, The Stranglers – specifically bass guitarist Jean-Jacques Burnel – came to blows with The Clash, The Sex Pistols, The Ramones and members of the music press outside Dingwalls on that second gig. The grapple is said to have turned the music mags against The Stranglers, who struggled to get the same column inches as The Clash and The Pistols.

3. In late 1976, The Clash shot the front cover of their debut album in Camden. It was taken in an alleyway by their recording studio – Rehearsals Rehearsals – which was in a rundown British Rail goods yard that’s now part of Camden Market. The image has since become iconic. Much of the album, released in April 1977, was recorded in the venue. To find it, walk inside the Stables Market and turn left.

4. The Clash performed a massive four-day residency at Camden’s KOKO club in July 1978 as part of their ‘On Parole’ tour. At the time, the venue was called the Music Machine. They were supported by up-and-coming punk bands, Suicide and The Specials. The Specials also rehearsed and lived in the same studio in Camden Market that catapulted The Clash to fame.

5. The Stranglers later mentioned Dingwalls in their 1977 single ‘London Lady’. The first line reads ‘Little lady / With Dingwalls bullshit’, referencing the punk fan girls that used to pack out the venue. Take a listen here.

The Roundhouse is celebrating punk’s 40th anniversary with Punk Weekender, a series of live performances, film screenings and panel discussions at the music venue. Punk Weekender opens at the Roundhouse on 8 July and runs until 10 July. For more info and to go to the event, click here.