Need help from nature? We've gotten some tips from the animal kingdom to help us find success with potential partners...

In the words of the Bloodhound Gang, ‘You and me baby, ain’t nothin’ but mammals. So, let’s do it like they do on the Discovery Channel’. Don’t lie, you definitely just sung that in your head. But how exactly do they ‘do it’? We consulted our neighbours at ZSL London Zoo. So think of this as a lesson in natural history – and also perhaps a handy guide to getting it on, animal-style, on Valentine’s Day. You’re welcome.

Senior keeper Tony Cholerton told us that: ‘Like humans, tigers mate throughout the year, but they’re most active sexually from late November to early April. Males are ready to mate from around four to five years old, whilst for females it’s about three and a half years of age.’

They then chat each other up. ‘While courting, male Tigers start by giving a loud, low-pitched groan, to attract a female’s attention. If the female then decides she likes the sound of the potential mate, they begin sniffing and rubbing against each other, even licking and grooming each other, making a chuffing sound if they’re both happy with their choice.’ ‘They then embark on a marathon sex session that lasts a good few days, mating a couple of times an hour.’ It’s as easy as that.

What could a seahorse possibly tell us about dating? Well, Samantha Guillaume Slatter, aquarium keeper at the Zoo, has some thoughts. ‘The seahorse mating dance is fascinating and beautiful to watch. Male seahorses begin the mating ritual by competing for territory and partners. They do this by filling their pouches with water, making them look as big as possible. Males also wrestle for dominance, although this is much gentler than it sounds; essentially the males lock tails and push against each other.’

‘Once dominance has been established the males turn their attention to the females. The male courts the female by changing colour, making his body paler and his head and fins darker, to attract his chosen female’s attention. He swims around her, showing off his empty pouch, so she can marvel at just how many eggs he can hold. This is because, unusually, it’s the male seahorse, not the female, who gets pregnant.’

‘When she decides she’s keen, she’ll also change colour, so that they match, before the pair begin to synchronise their swimming – this is where we see the seahorses ‘dancing’. They practice their mating dance a lot before they actually conceive, swimming face to face and upwards in the water. They entwine their tails and bringing their stomachs together to form a heart shape.’ So when you see one of those twee, Insta-images of seahorses whose tails are making a heart, just know you are looking at a picture of them having sex. Which is a bit weird. 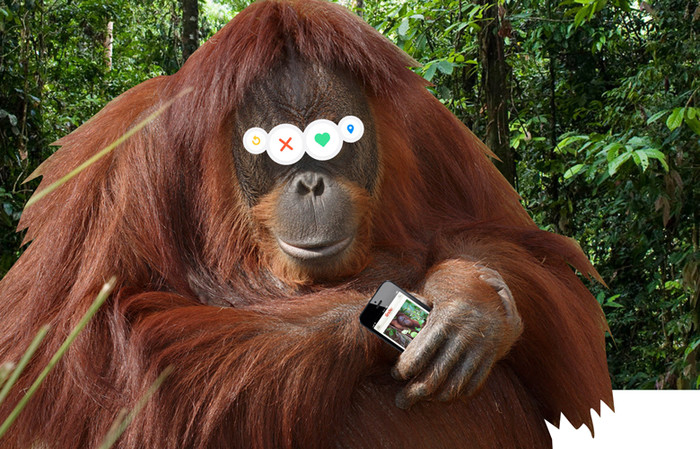 We were so inspired, we decided to push on and do some more research into the mating and dating habits of other animals…

Though sadly, not the human version. A dutch zoo is helping 11 year old orangutan Samboja find a date by hooking her up with pics of potential mates from the global, great-ape breeding programme to gauge whether looks alone are enough to spark attraction.

To initiate sex, the male giraffe encourages the female to pee on him, to check whether or not she is fertile. If she is, he’ll follow her around until she lets him get his leg over… 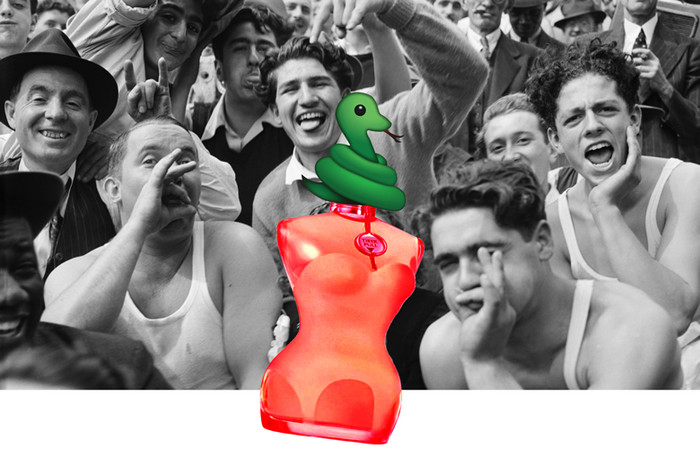 When a female and a male red-sided garter snake love each other very much, the female releases pheromones to attract hundreds of males for the local area. They then create a huge, writhing ball of love. Slimy.

Cute right? Only it’s really not. During the snog, the male vomits in the female’s mouth, which scientists believe is a special gift of pre-digested food for the female to eat. Yum.

If you want to see these rituals in, erm, action, you can take a boat trip right from the heart of Camden Market to ZSL London Zoo