An Oasis Lover’s Guide to Camden

HAVE A WONDERWALK AROUND CAMDEN’S BRITPOP DENS

The release of the new Oasis doc Supersonic has got us feeling all nostalgic for the Gallagher brothers’ Britpop reign. While there’s no denying they were Manc lads through-and-through, Camden was their London home, with the sibling legends raising hell with their all-night benders.

So dig out that green parka and go on a pilgrimage…

Primrose Hill was pretty peaceful before Creation Records moved into their HQ at 109 Regents Park Road. With Primal Scream and My Bloody Valentine on their books, Creation were the coolest label of the 90s. Alan McGee, the owner, signed Oasis the night he met them in 1993. 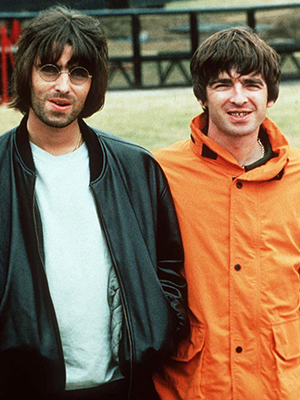 The Gallagher brothers loved a pint and the Pembroke Castle, moments away from Creation Records, was their local. It’s the first pub you come to on your way from Chalk Farm tube into Primrose Hill – so make it your first stop and grab a drink. It’s what Liam would want.

In 1995 Noel and then wife Meg Matthews moved into a Primrose Hill townhouse a 10-minute stroll from Creation Records’ HQ. Oasis were at the peak of their stardom and Supernova Heights was a party palace. As the group’s songwriter, Noel affectionately christened his pad after the closing track of their record-breaking album ‘(What’s the Story) Morning Glory’ released that same year. Find it at 8 Steele’s Road. Never far away, his brother and then wife Patsy Kensit moved in round the corner at 32 Elsworthy Road. 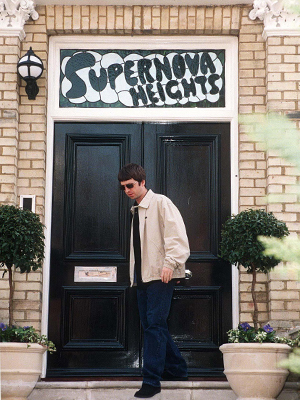 No Oasis tour would be complete without a trip to the Good Mixer, a proper Irish pub that was a who’s who of Britpop back in the 90s. You’d struggle to find so many faces from the Top 40 anywhere else. Oasis’s infamous rivalry with Blur is rumoured to have started here. We don’t recommend you replicate it with that bloke Dave sat at the bar.

This was Noel’s first Camden home – number 88, an end-of-terrace basement flat. He shared it with Meg before they upgraded to Supernova Heights. This is referenced as being the exact spot he was in at the most memorable part of his career: ‘It was a Tuesday morning, and I’d had a party the night before, so I was in bed with a really vicious hangover. The phone had kept going constantly for an hour. I finally picked up the phone and it was my manager. I called him every name under the sun because of my hangover. He said that “You’ve officially just become a millionaire.” I’ve had a few phone calls like that since, but that was the best memory of my career.’