5 minutes with... Tom Prior

THE NEWEST ADDITION TO THE COFFEE HOUSE SESSIONS TOUR, WE SPOKE TO TOM PRIOR AHEAD OF HIS UPCOMING LIVE GIG AT THE MARKET

Tom Prior is artistically difficult to pin down: hailed as the future of the British indie scene, his music also contains traces of hip hop and grime reflecting his North London roots, as well as a strong narrative. With a famous following, including Alex Turner, Paloma Faith and Naughty Boy, Tom looks set for for big things – so catch him at the Camden Market Coffee House Session this week and you’ll be able to say you saw him first.

We caught up with him for a chat before his free, live gig on Sunday.

You’re a North Londoner! Has that influenced your music and the artists you listen too?

I’m very proud to be a North Londoner and I’m also very grateful for the musical talent North London has birthed, including The Kinks, Amy Winehouse, Adele, Skepta and Wretch 32. I mostly write about me and my mates, who are all from round this way. Nothing quite as good as London Calling yet, though.

Your sound has an almost spoken word vibe to it. Is narrative or rhythm is more important in your music?

Narrative is key for me every time. I don’t do as much of the ‘spoken word’ stuff as I used to, but storytelling is always a fundamental part of my songwriting. I can’t write a song unless I have an idea of what I’m writing about. 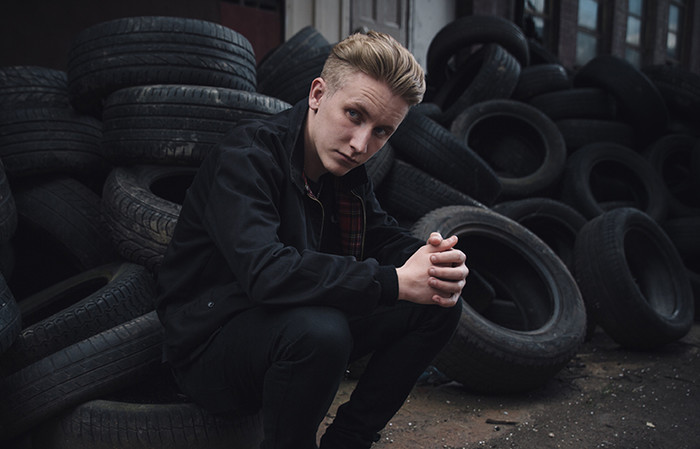 From performing on Radio 1’s Live Lounge to opening for Katy B, you’ve done some seriously cool things already. What’s been the best experience so far?

One of my favourite moments so far was playing the Reading and Leeds festivals in 2015. Playing at the O2 Arena with Krept and Konan was also an unforgettable one. To be honest, it’s just more fuel for the fire; I have big ambitions and those moments help it feel less impossible.

You’re playing as part of the Coffee House Sessions at Camden Market. What does Camden mean to you?

I have always believed that Nashville is America’s Camden and I’m proud to have played some of my first ever shows at venues here, like the The Dublin Castle and The Monarch. I haven’t’ been for a while though, so it will be good to come back and play a show there.

You’ve performed gigs both big and small. What do you prefer doing?

To be honest, I just like being on stage. The smaller shows without the band are definitely more pressure. I write most of my songs on the piano though, so it’s always good to play them this way. It’s still nerve-wracking though.

What music/which artists are you listening to at the moment?

I’ve been listening to Tame Impala a lot and I really respect Kevin Parker for the ‘Currents’ record. One of my favourite albums this year is by Loyle Carner and I’d really like to work with him at some point. I’ll have Amy Winehouse on all the way to this gig though – she’s one of the best songwriters of our time.

Tom Prior will be playing live in Camden Market on Sunday at 3:30pm as part of the CoffeeHouse Sessions tour. Find out more now.