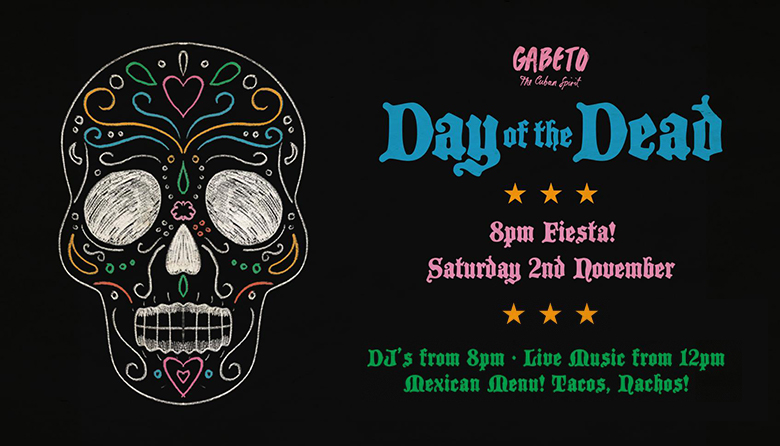 Day of the Dead Fiesta

Following the tradition of Dia de Los Muertos otherwise known as 'Day of the Dead', Gabeto will be raising the spirits and celebrating Halloween, Latinx style. Live music will start the fiesta from 12pm onwards alongside a Mexican menu of nachos and tacos to keep the energy high. As the nighttime sets in, DJs will be crawling out of the woodwork from 8pm and spin the decks until the early hours.

Expect entertainment and exciting additions to the night such as mariachi bands and face painters to dress you up in the mood.