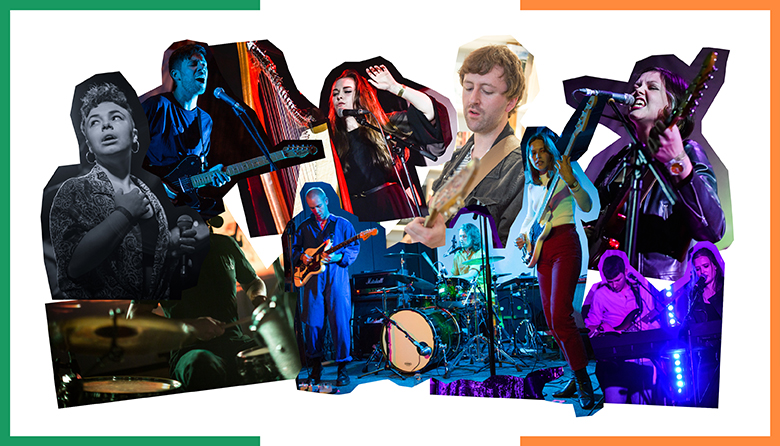 A free trail of music through some of the market’s most exciting spots. Head off on a tour of some of Ireland’s best known artists, flown in especially for the festival by Music From Ireland. In the breaks between bands, head to one of the Market’s augmented reality spots to see bands that playing live via Firstage.

Bantum — 12:30pm-12:40pm — Firstage Augmented Reality — HALF HITCH Gin
A Dublin-based producer whose chilled out, electronic beats are a good way to ease into the afternoon.

Barq — 1:15pm-1:25pm — Firstage Augmented Reality —Horse Tunnel Market
Named one of the 50 people to watch by the Irish Times, this high-energy four piece are bringing their rock vibes to the festival.

ZaPho — 1:30pm-2pm — Live — Ghetto Grillz Diner
A singer that defies genre stereotyping with her unusual mix of melodic indie-pop and synth drum and bass, tied together with her unique vocals.

The Ocelots — 2:15pm-2:45pm — Live — The Cuban
Twin brothers from Wexford who’ve previously played SoFar sessions in London with their folky, acoustic sound similar to that of Nathaniel Rateliff.

R.S.A.G. — 3:30pm-3:40pm — Firstage Augmented Reality — Flour Station
This one-man powerhouse made his name as a drummer, but is now also known as an excellent producer and showman, using his samples to help build his bold, energetic, sound.

Whenyoung — 3:45pm-4:15pm — Live — Voodoo Ray's
Exploring the themes of youth in their upbeat, punchy songs, whenyoung has already begun to cause waves with their indie rock.

Bitch Falcon — 4:30pm-5pm — Live — The Amphitheatre
This high-octane hard-rock band burst onto the Dublin scene a couple of years ago and haven’t stopped since, awing critics with their strong sound and stage presence.

The trail is part of our official St Patrick's Festivities on the 18th of March. For the whole schedule of events, please click here.